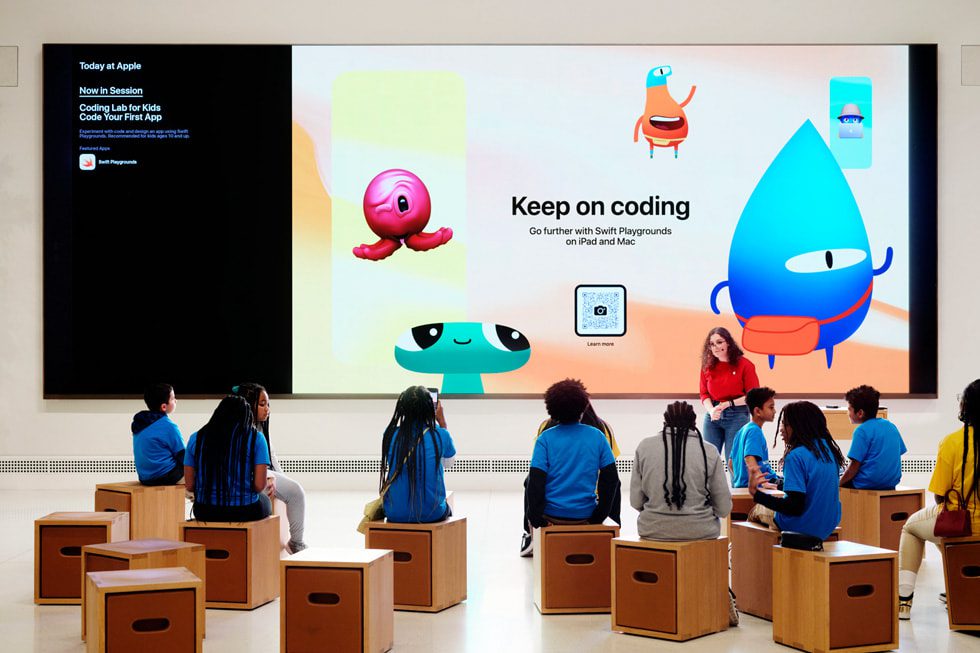 How to Code Your Own App with Apple

In celebration of Computer Science Education Week, Apple just introduced a new coding session – Coding Lab for Kids: Code Your First App – happening at Apple Store locations around the globe and teaching you and your kids how to code your own app.

Designed to inspire kids ages 10 and up to explore app development in a fun, welcoming environment, Apple’s Coding Lab for Kids: Code Your First App session is the latest in Apple’s library of resources to help students, families, and educators launch their journeys in the growing field of computer science. Sessions begin Monday, December 5, as part of the Today at Apple program, which offers daily in-store sessions to help unleash your creativity and teach us all how to make the most of our Apple devices.

Code Your First App in Swift

During this in-store Coding Lab for Kids session, kids will have fun experimenting with code and designing an app using the About Me playground in the Swift Playgrounds app – Apple’s fun and easy to use app that can take learners from writing their first line of code to developing their first app. During this FREE session, kids will use Swift code to customize their app with fun fonts, background colors, Memoji, and more. Then they’ll work together to bring their app to life.

Does Apple teach Swift for free?

Today at Apple coding sessions for kids are one of the many FREE resources Apple provides educators, parents, and learners of all ages. In-store sessions are free and anyone, including families and homeschool groups, can find sessions nearby and register at apple.co/coding-sessions.

What coding language does Swift Playgrounds use?

During Apple’s NEW Coding Lab for Kids, kids learn to code in Apple’s Swift language, which professional developers use to create iOS apps. Swift Playgrounds — which works on iPads or Macs — is the app used to learn to code in Swift. What makes coding with Swift Playgrounds fun is that at first the program starts out like a puzzle game where players have to figure out how to enter and test code until they find the right solution. It’s a fun way to get kids engaged and have them explore a new coding language.

For parents and educators interested in bringing app development with Swift into their homes and classrooms, Apple created a companion guide for app building in Swift Playgrounds. Available in the Apple Education Community, the Celebrating You Educator Guide features a starter project using the About Me playground, in which learners personalize their own app to celebrate a place or tradition that’s important to them. The guide can be applied to any subject in the classroom or can be used by coding clubs. It’s also a great resource for homeschooling families that want to teach coding while learning at home.

Related: Everyone Can Learn to Code and Develop in Swift resources

At what age should kids start coding?

In my opinion, you’re never too young to start but the sweet spot is probably somewhere between 7 and 10. My own kids started coding when they were as young as 6. My oldest is now 14 and already considering computer programming as a future career path. My youngest, now eight, is also thinking of the future. She insists she wants to become a software engineer when she grows up! There are so many great reasons why kids should learn to code and I love how learning to code at a young age has fostered my own kid’s love for computer science.

Apple’s latest Coding Lab for Kids offering is recommended for kids ages 10 and up, according to apple’s website. In my opinion, if your younger kids (ages 8 and up) have already had experiences with coding, they’ll probably do fine in this coding for kids class too.

Code Your Own App

Personally, we already scheduled our participation later this week in the Coding Lab for Kids at our local Apple Store. Remember to schedule your class Today at Apple.

My kids are excited to work together on coding their very first app. This year, our homeschooling curriculum focuses on learning to code because it’s something my kids are really interested in and enjoy learning together. As a parent, I’m happy to use the great resources Apple provides to teach my kids to code and help them achieve their goals, and dreams!

Coding Careers for the Next Generation

Apple’s coding resources are designed to teach essential skills while also preparing learners for high-demand careers in computer science. Earlier this year, independent analyses showed the iOS app economy continued its track record as an engine of economic growth and opportunity, supporting more than 2.2 million jobs in the US in 2021. This includes jobs for app entrepreneurs and their teams, with roles in software development, project management, design, and more.

Aspiring entrepreneurs, developers, and designers can also propel their skills and businesses through the Apple Developer Academy. First established in Brazil in 2013, the academy now operates in 17 locations around the world, including Detroit; Naples, Italy; and Pohang, South Korea. Thousands of participants have graduated — armed with technical fundamentals and core professional competencies — and gone on to pursue jobs in the thriving app economy, or even start their own businesses.

Everyone can code – including you and your kids! The apps listed below provide fun ways to explore coding and can give you and your family a better understanding of the fundamental principles of programming. More advanced coders can use some of the apps below to dive deeper into specific coding languages, from Swift to C++. Happy coding!

Hopscotch-Programming for kids – A bite-sized intro to coding

Encode: Learn to Code – Learn coding at your own pace

Learn to Code Apps for Parents

Khan Academy – You can learn anything, including coding 5 Videos to Help You Talk to Kids About Coronavirus 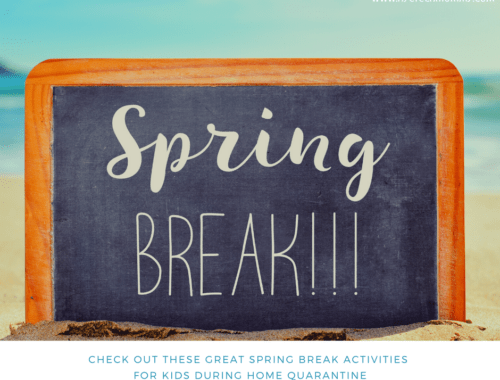