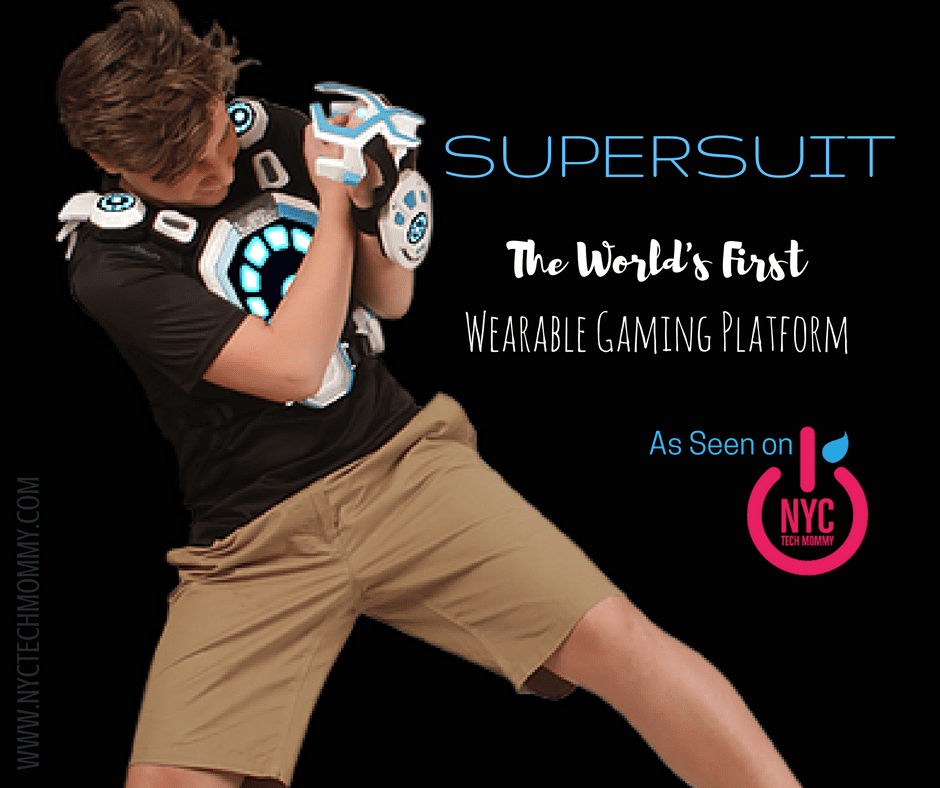 Today SuperSuit introduced the World’s First Wearable Gaming Platform with the launch of their crowdfunding campaign via Indiegogo. And I’m super excited about it! Read on because today I’m gonna tell you all about this neat and innovative wearable gaming platform that I agree is the future of gaming.

Are you raising a family of gamers? I am, and not by choice, honestly. I’m not much of a gamer myself, never have been, really. I wasn’t the kid that spent hours in front of the TV playing video games. However, my kiddos love video games. And the husband does too, of course!

It’s a struggle to keep them all away from their gaming consoles. Can you relate?

As a mom, I’ve never been too crazy about the kids wasting hours sitting in front of the tube. But they love their video games. So I set (lots) of limits and let them have their fun, sometimes.

Video games are played only on the weekends or on other non-school days. I’d rather they be running around outside. Although, they’d probably choose video games over a day at the park any day.

I know I can’t stop them from playing video games altogether, although I often wish I could. When my kids want to spend their free time vegging out in front of a game console, I usually have a problem with it. I often suggest we play a board game together or get outside for some family fun. I guess it’s probably because I was never into video games myself. I just don’t get it! But the kids, they just call me boring.

But wait, I just heard about a new wearable gaming platform that could possibly solve all my problems!

It could easily make me the coolest mom around! Just wait till my kids see this. They won’t call me boring anymore! If it can get them outdoors and provide a video game that the entire family can play, non-gamer mom included, I’m winning! 😉

The idea for SuperSuit revolves around moving gaming outside, and its primary objective is to motivate people across age groups to play together.

SuperSuit is a wearable gaming platform that can reduce screen time while increasing social interaction and outdoor physical activities. It takes kids and families outdoors and gets them to interact with one another. I also love that it supports exciting but non-violent games.

SuperSuit comes pre-loaded with 15 different games. Users can play games that include well­known formats such as laser tag or capture the flag, along with other games that are unique to SuperSuit. For example, Robinhood, which uses the gloves’s dual triggers to steal resources from the rich team and give to the poor team.

Above all, I think this might be the coolest gaming console! And I’m not even a gamer, remember. The fact that this one­size­fits­all suit encourages kids and adults to bring technology to outdoor play is something I have to love. How about you?

Ready to see it in action? Check out the video below.

SuperSuit – Live Your Game from SuperSuit on Vimeo.

SuperSuit is a new paradigm in gaming, filling the gap left by virtual and augmented reality games. As an alternative to screen based games, SuperSuit offers kids and adults a means to socially interact and play via wearable gear in the physical world.

SuperSuit has plans to launch a software development kit (SDK) in the future to enable developers to create games for the platform. And the suit will also be compatible with other bots, drones, and cars on the market for a variety of connected ways to play. That sure sounds like the future of gaming to me!

The suit comes as a bundle of three components: SuperVest, SuperGlove, and SuperBot. The SuperVest is adjustable to fit any kid or adult player, and comes equipped with lights and sound. Also, includes embedded haptic technology that users can instantly feel when they have been zapped. The SuperGlove utilizes traditional triggers to zap opponents and has gesture controls to activate special super powers as the games progress. The included SuperBot is a removable unit in the vest, which can act as an ally to zap opponents or as the object of a game (such as capture the flag).

The complimentary SuperSuit app tracks fitness levels, location, and allows players to download additional games and share scores. Suits can last up to four hours of active play per charge through a standard micro USB charger, included in the packaging.

The suits can also communicate with one another suit up to 100foot radius. SuperSuit uses proprietary technology to make it an independent gaming console which doesn’t depend on WiFi of Bluetooth to work. Radio protocol Zi­Fi™ creates a standalone wireless mesh network that allows suits to communicate with one another without being tethered to a phone or computer. It’s as safe to use as WiFi in terms of radiation.

With no “master” suit, players can move in and out of the field of play without shutting the game down. ENGaGE™ is the first­ever natural gesture processing technology optimized for embedded devices, that recognize macro gestures across a 3D space to trigger actions in a game environment and to control bots.

SuperSuit’s crowdfunding Indiegogo campaign will run from now until November 2, 2016. Backers will have the opportunity to pledge for a bundle of two SuperSuits starting at $299, available in black and white.

But don’t worry if you’re not able to invest that amount of cash right now. They also offer other lower priced options that will provide support and still help you get first dibs on a suit. Make sure to check out SuperSuit’s Indiegogo page because for just $25 you can lock in the campaign price and reserve a suit which you can purchase after the campaign ends on November 2nd.

At the close of the campaign, SuperSuit will begin manufacturing the suits, with funds raised during the campaign going towards production costs. Units are on schedule to ship to backers in April 2017.

And if you’re still not convinced, check out what the experts are saying about SuperSuit. They think it’s just as cool as I do! 😉 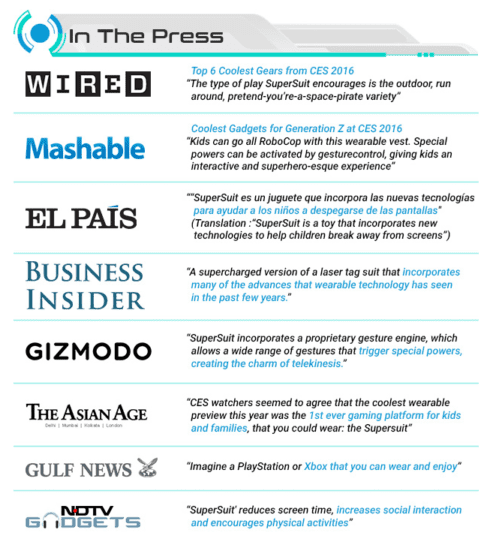 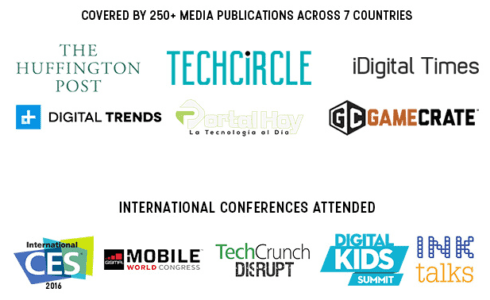 Don’t forget to head over to SuperSuit’s Indiegogo page and support their crowdfunding efforts. I know I need to get in on all fun of the World’s First Wearable Gaming Platform! How about you?

Disclosure: This is not a sponsored post and I did not receive compensation for sharing this with you. It’s just something I love and thought you would too! 🙂

Screenwise: A Must-Have Practical Guide for Parenting in the Digital Age 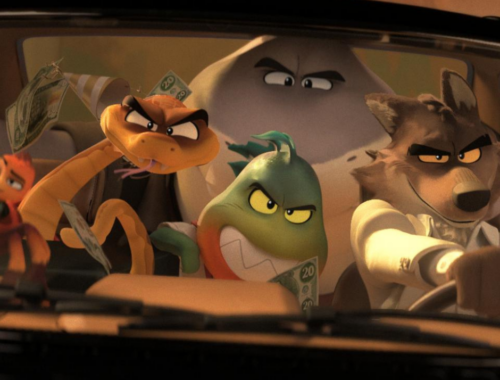 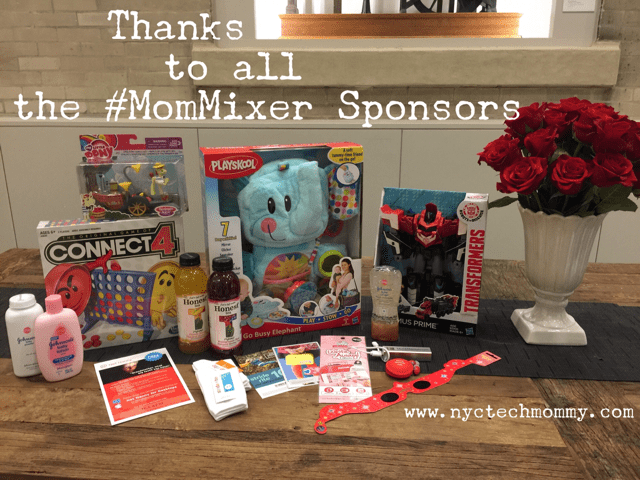