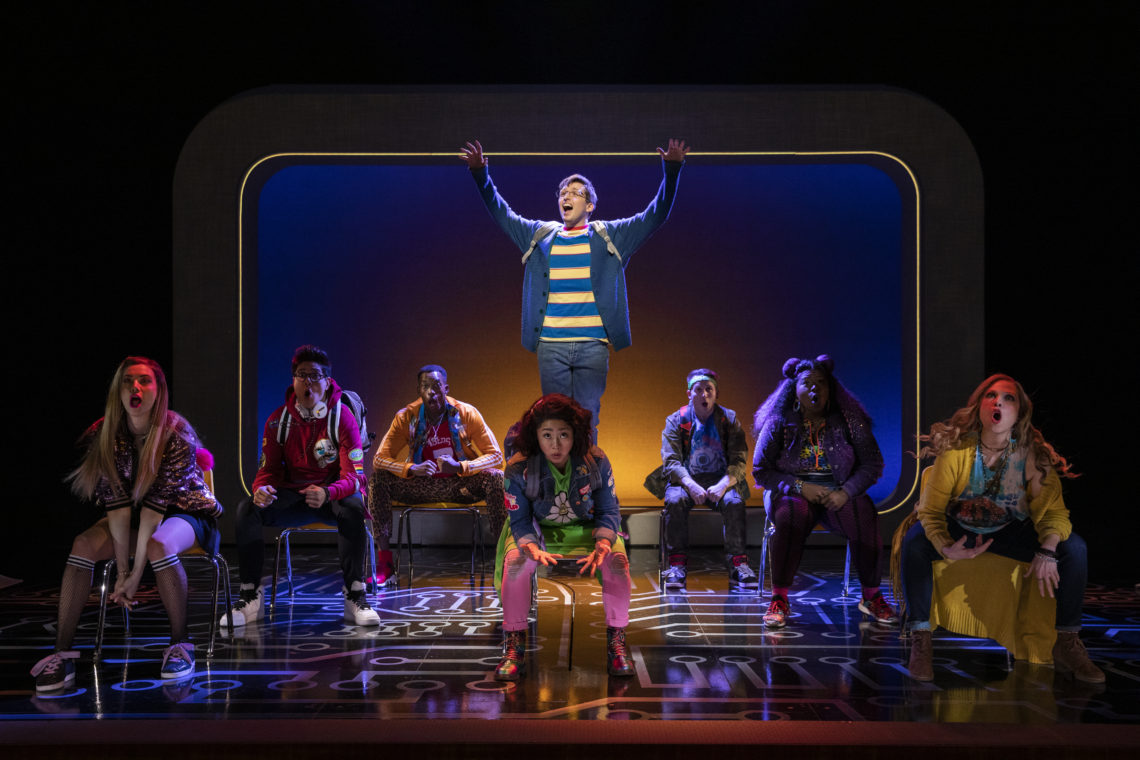 Living in NYC there’s never a shortage of new and exciting things to see and do. Including new Broadway shows that my family and I are always looking forward to. Most recently on my radar, the Broadway phenomenon Be More Chill. It’s a fresh new Broadway musical that all the internet kids are raving about. Have you heard of it? Here’s everything you need to know when taking the kids to see Be More Chill on Broadway.

Disclosure: I received two complimentary tickets to see Be More Chill the Broadway Musical. All thoughts and opinions are my own.

Be More Chill is the latest high-school musical to hit Broadway and the buzz about it is unavoidable. No matter if you’re online or walking the streets of Time Square (which btw, I walk through daily) the kids are talking about it. By kids I mean, the teenagers, the high school kids, the theater loving kids. The tweens too! The ads are everywhere! And I’ve seen the lines filling into the theater. Plus the images scream kids and technology. You know I was absolutely intrigued! So when I was recently invited to see the show I knew I couldn’t pass this up. I had to grab my kid and go! I wanted to see what the buzz was all about.

But wait, would this show be appropriate for my 10 (almost eleven) year old? More on that later on so make sure to read on!

Maybe you’ve already heard all the buzz about this new broadway musical. Maybe your Broadway-loving kids have already been asking to go. I myself, wasn’t sure if it would be an appropriate show for my own tween. But not to worry! I have all the details for you.

Based on the novel by Ned Vizzini, Be More Chill is the story of Jeremy Heere, a nerdy, nothing-special teenager attending Middleborough High in nothing-special New Jersey. Trying and failing horribly at fitting in, until the day one of the cool kids tells him about “The Squip” — a tiny super operating system that promises to make him cool while making the best decisions for him. Thus begins this hilarious teenage journey that pits Jeremy’s desire to be popular against his struggle to remain true to his authentic self. In the end, there’s a big lesson to be learned and I think it’s a great message for today’s kids to walk away with. Be you! And make your own decisions!

Read on to hear more of my thoughts on Be More Chill and find out if you should take the kids.

Our Thoughts on BE MORE CHILL on Broadway

High School is hard! There’s no denying that. Everyone wants to be popular. There’s peer pressure, social media horrors, and every high schooler is trying to find themselves in one way or another. And that’s the story of Be More Chill. It’s a hilarious look into teen life in high school. Add in some video gaming, technology, hot and high strung musical numbers (which I loved, btw) and there’s your recipe for a hit musical that every teen can relate to and every tween wants to grow into. After all it was the teens that helped this show get to broadway …

INTERESTING FACT: Originally Be More Chill was a limited engagement show that debuted in New Jersey. Two years later a cast recording of the show found an audience on social media and went viral, catapulting it into a sold out run Off-Broadway. And finally reincarnated into the big Broadway hit musical it is today!

What’s the Best Age to See BE MORE CHILL on Broadway?

Should you take the kids? Totally! I had heard about the adult-like scenes. After all, these are high school kids. 11th graders to be exact. So that makes them about 16 or 17 years old. So I’m not gonna lie. I was a bit worried that this might be too adult for my tween.

Still, my kid loves Broadway so I immediately knew he should be my date to the show. A quick Google search confirmed that this was THE show for tweens and teens and the Be More Chill website suggested it for kids 12 and up.

So what about an almost 11 year old?

Would he enjoy the show?

Would he understand it?

Would there be adult content that would make this mama cringe?

The answer is YES, YES, and YES!

My son totally loved the show! He got the message and understood (most) of what was happening on stage.

And yes, I did cringe a little but my kid didn’t even notice, so all is good.

After seeing the show for myself I totally agree that it’s most appropriate for 12 and up. Of course I took my son who is just a year younger. And there were some parts that made me want to cover my kid’s ears. But like my husband said to me when I expressed my concern to him as we left for the the show, “Our boy is growing up and you can’t shield him from the real world forever.” This is very true!

So What’s the Scoop?

As I parent of a tween, having some of those “older kid” conversations has been a source of worry for me. How do I strike up those conversations? How do I know when my kid is read for “the talk” or does he have questions that he’s too scared to ask me about. Well, thanks Be More Chill for being a sort of eye opener for me. High school happened so long ago! I had forgotten how hard being a teen (or growing tween) really was.

Kids grow up! Their bodies start to change. They explore. They encounter new situations. Hormones run hight! And these are all hard topic to discuss (both for us and for them) but they can’t be avoided. Can’t raise our kids in a bubble? Right?

So later in the show when Jeremy and his friends attend a Halloween party and there’s drinking and even talk (and actions) of a sexual nature, again, I cringed. But this time I quietly leaned over to my kid and said, “You see, they’re drinking and that’s making them do some crazy and irresponsible things. They’re underage and shouldn’t be doing that. This might not end well.” He in response said, “Yeah, they’re drinking alcohol. That’s not good!” Conversation done, and he got the point! 😉

So yes, there are some parts of the show that are more appropriate for the older teens. But each scene is true to what we all went through as high school kids. They’re all situations that our tweens and older kids are likely to encounter at some point. So as a parent, I actually did appreciate that Be More Chill placed these situations in the spotlight. Doesn’t make them taboo! Makes it okay to talk about and (older) kids will totally relate to each and every one of the main characters.

So, in the end, I do feel that the show is best for the older teens but if you’re a parent that’s open to questions and starting conversations with your younger teens and tweens then I say, take the kids 12 (or 11ish) and over!

I kind of knew what we were walking into. I mean this is a high school musical of sorts so I knew there would be some adult-ish content. I didn’t walk in blindly and I didn’t let my kid walk in without a little pep talk. And if you’re taking your kid, teen or tween, I suggest you do the same.

Here are some tips to help you prepare before taking the kids to see Be More Chill. These are just some of the things we talked about prior to seeing the show.

So yes, the show includes instances of cursing (but nothing your tween or teen hasn’t probably already heard). There are mentions of sex, sexual orientation (characters that identify themselves as gay and bi-sexual), drinking and drugs (one of the main characters is a pot head lol). But like I said before, these are not things that growing tweens and teens won’t encounter in their lives. It’s the reality!

In my honest opinion, hats off to Be More Chill for portraying the teen struggle so tastefully on a Broadway stage and allowing teens to see themselves and their friends reflected in each of the main characters. We’ve all been there — growing pains, embarrassing predicaments, they’re a right of passage for all of us!

But what I loved most about this show is how it tackles important big kid issues — insecurities, peer pressure, the need to fit in, bullying, friendship, relationships, learning to appreciate our unique qualities, being accepting of others, and even addresses parent-child dynamics that kids don’t always appreciate. Many important messages for today’s kids to walk away with!

In the end, Be More Chill, was laugh out loud funny, totally relatable, and a memorable experience to share with my kid. And it was great to watch him routing for the characters. There’s always room to learn from our mistakes!

Now I understand why teens are so drawn to Be More Chill and why it’s quickly becoming such a huge Broadway hit. Not gonna lie, I’ve already downloaded the Broadway Cast Album and I’m reliving my teen years (but still not really looking forward to my own kid growing up. lol).

Are you taking the kids to see Be More Chill? 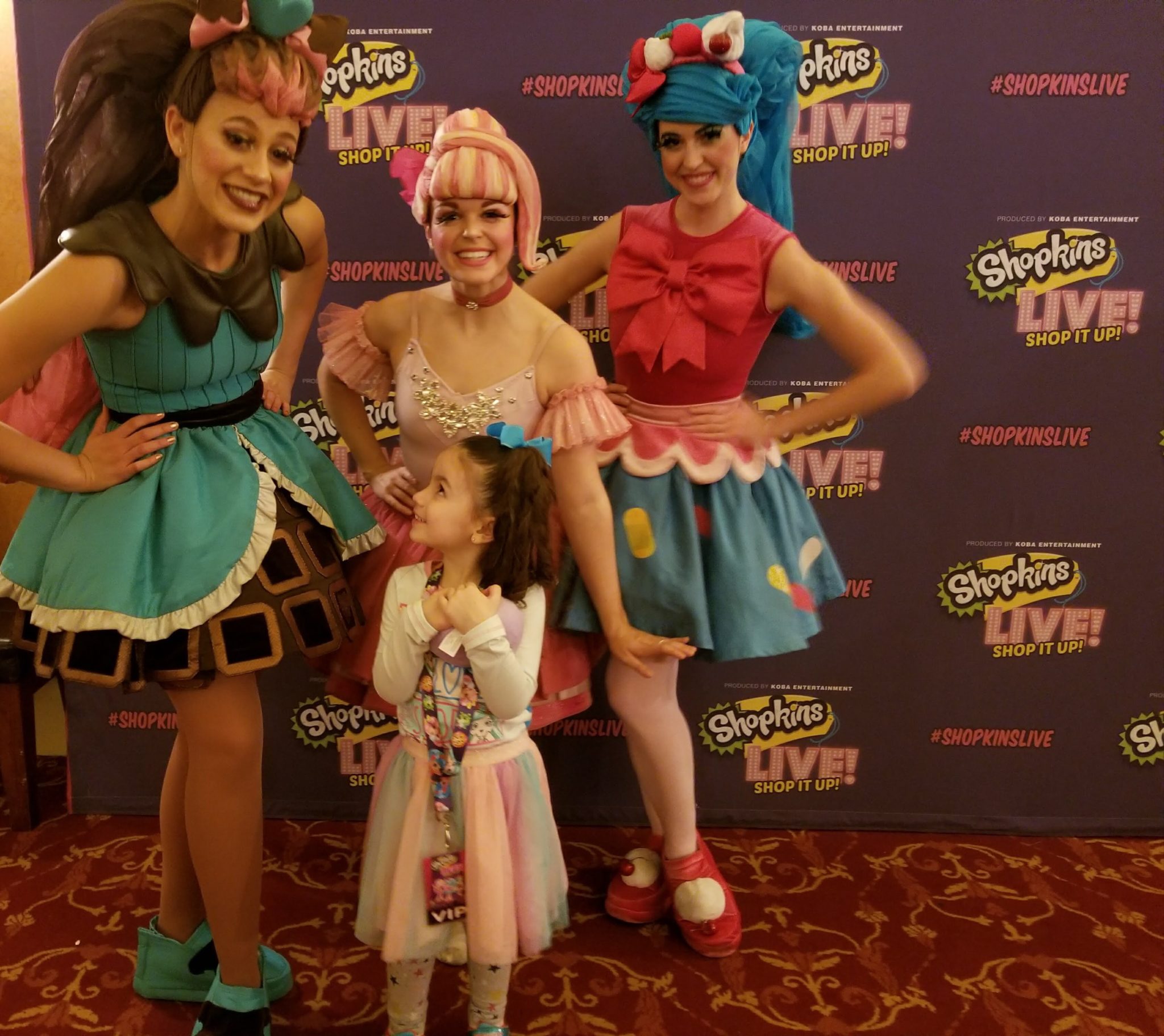 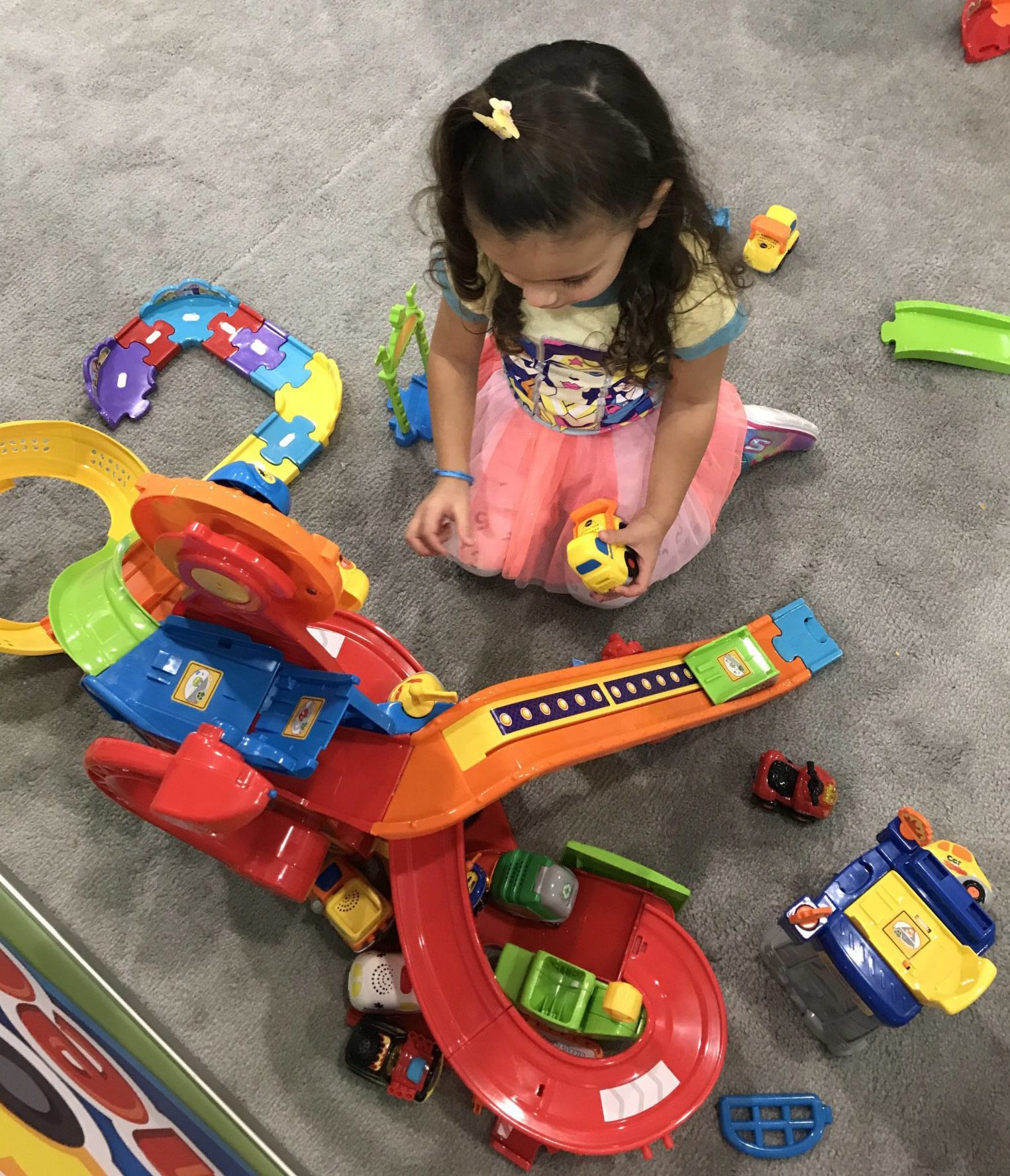 We love our #gifted Toniebox!! 💗
Check out these fun screen-free techy toys and other great toys for kids on the blog — including Cyber Monday deals today in our stories 👆🏽
Check out Cyber Monday toy deals in my stories today! 🤑
I know maybe it’s a bit early but I’m officially in end of year mode 😂 #thedayafterthanksgiving #isitchristmasyet #thenewyeariscoming #goodbye2022 #funtimes😎
𝙷𝚊𝚙𝚙𝚢 𝚃𝚑𝚊𝚗𝚔𝚜𝚐𝚒𝚟𝚒𝚗𝚐 🦃
✨No place like #NYC at Christmastime 🎄✨